2019 GC6 was discovered and reported on April 9, 2019 by Catalina Sky Survey (CSS) observer Brian Africano from CSS’ 28-inch (0.7-m) Schmidt telescope on Mt Bigelow in southern Arizona. Africano detected the asteroid while ‘blinking’ through four images taken within the constellation Virgo. The new object appeared as four blips of light tracking across the image against the distant background stars. The object was immediately reported as a new near-Earth Object candidate to the Minor Planet Center (MPC) at Harvard University, which is the world’s clearinghouse and data bank for all such astronomical measurements. The new object’s positions and preliminary orbit were routinely shared with the near-Earth object observing community and further observations were strongly requested. Additional observations soon indicated that the object would indeed have a close Earth approach only nine days after discovery. The additional observations also confirmed that the object is not an impact threat to Earth in the next couple centuries or more. 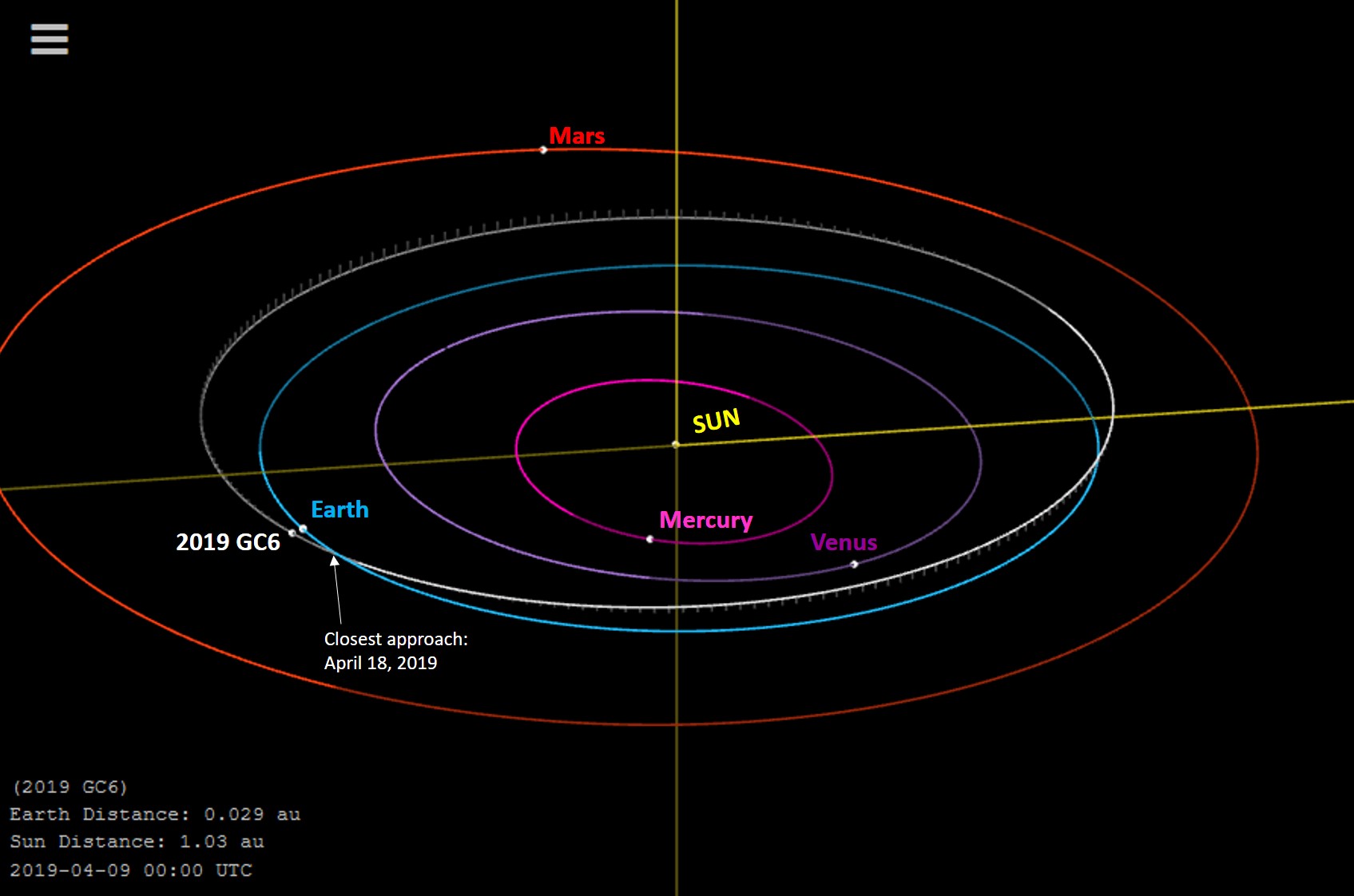 The close approach of 2019 GC6 has also attracted an elevated response from the radar community who are planning observations of the tractor-trailer-sized space rock during its close passage. The Planetary Defense Coordination Office at NASA has requested that all asteroids larger than 33 feet (10-m) that pass within one lunar distance should receive focused radar observations. ‘2019 GC6’ definitively fulfils both criteria and NASA will utilize a radio telescope at their Goldstone Deep Space Communications Complex facility in California for signal transmission, and rely on Deep Space Network antennas near Canberra, Australia for signal reception since the object’s closest approach is occurring when it’s moving across skies in the southern hemisphere. Radar observations will allow researchers to establish with great accuracy 2019 GC6’s size, exact distance, rotation speed, and perhaps provide hints about its composition. This information will assist researchers to better understand and potentially mitigate impact threats from this and similar near-Earth asteroids, and conversely to assess the resource potential from this small space rock for mining exploitation to the benefit of future space exploration.